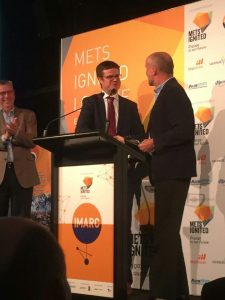 The inaugural METS Ignited Collaboration Award has been awarded to Core Resources and Glencore for their collaboration on the commercialisation of the Albion Process.

Speaking to the issue of increasingly refractory ore bodies, Ric Gros said ‘The Albion Process plant turns the problem into an opportunity‘. 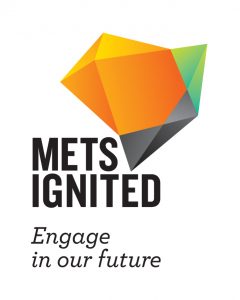 Jonathan Loraine, Core’s Executive Director, said, “We are thrilled with the award, and the recognition that this very important Australian technology is gaining around the world.  Core has worked closely with Glencore for many years to commercialise and implement the Albion Process, and it is an honour for that work to be recognised in this award”.

This award follows on the recognition Core received earlier this month as the winner of the 2016 Australian Technologies Competition. The ATC award recognised Core’s work in developing the Toowong Process for the removal of arsenic and other deleterious elements from mineral processing concentrates.

Core is an independent specialist metallurgical testwork and development group, with extensive metallurgical laboratory facilities and a dedicated and talented process engineering team.  Core provides testwork and flowsheet development services to all sectors of the mining industry, and specialises in finding processing solutions for difficult projects.